Camps are located in mainland Greece as well as the Eastern Aegean Islands.

Services usually provided at camps
As per October 2019, most camps in Greece are open, which means their residents can go in and out freely. Some camps are closed. Closed camps include the Aegean islands camps: Vial Camp (Chios), Moria Camp (Lesvos), Vathy Camp (Samos), Lepida Camp (Leros) and the camp on Kos, at Pili.  The total capacity of the five camps on the Aegean islands is 6,178, but new closed camps, with a total capacity of 22,000, are planned to replace the existing ones on all five islands. These camps will act as Reception and Identification Centres, as well as Pre-Departure Centres.

The closure of the Western Balkan route in March 2016 resulted in the trapping of a number of about 50,000 third-country nationals in Greece. In order to address the needs of asylum seekers and increase accommodation capacity, a number of temporary camps have been created in mainland Greece.

As per September 2018, out of 25 temporary accommodation centres in mainland Greece, only three sites (Elaionas, Schisto, Diavata) are officially managed by the Reception Identification Service (RIS).1

In each camp, different types of accommodation and services are offered resulting in a variety of reception/living conditions across facilities. Most camps consist of prefabricated units and/or tents or are established in existing buildings or military barracks.

The fact that the majority of the camps are isolated, located outside urban areas with no access to public transport, imposes obstacles in reaching services, accessing the labour market, and integration.2

Accommodation on the Eastern Aegean islands

Following the launch of the EU-Turkey Statement in March 2016, the Reception and Identification Centres (RIC, Hotspots) in Lesvos, Chios, Samos, Leros and Kos transformed into closed detention facilities. This practice has largely been abandoned and RICs are operating mainly as open reception centres due to their limited capacity to maintain and run closed facilities as well as the criticism by national and international actors.  People residing in a RIC are subject to a geographical restriction, since they are obliged to not leave the island.

One more RIC operates in mainland Greece, at Fylakio, on the Greek-Turkish border of Evros.

Living conditions on the RICs do not meet the minimum standards of the recast Reception Conditions Directive and thus asylum seekers living there do not have access to decent housing or basic services.

On each island, other accommodation schemes are implemented (by UNHCR, NCSS or NGOs), for the temporary accommodation of vulnerable groups.

On a regular basis, the National Coordination Centre for Border Control, Immigration and Asylum (NCCBCIA), under the Ministry of Citizen Protection, reports the national situational picture regarding the Easter Aegean Islands.3 According to 31.10.2019 data, 32,039 people reside in five RICs with a total capacity of 6,178.

Check the Infocrisis.gov website to see the latest figures on the national situational picture regarding the islands in the Eastern Aegean Sea, as reported by the National Coordination Centre for Border Control, Immigration and Asylum. 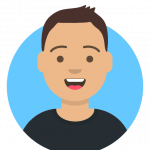